Queen City Writers Group is now "The Charlotte Writing Academy". The move allows us to bring better opportunities for all writers. To see what great things we are doing check us out: www.thecharlottewritingacademy.org
Posted by Unknown at 10:25 AM

The 2014 Queen City Writers Conference was a huge success. Many thanks to every participant, sponsor, vendor who helped in our project. We could not have done it without you!

Today begins our countdown to the conference and we couldn't be more excited. If you have not registered to attend any of the events you are going to miss out on great things over the next few days. 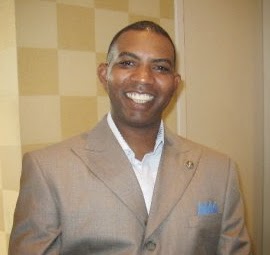 Tim Small, our Master Motivator is our spotlight feature for today. With several years of military experience Tim will be our bonus feature on Friday of the conference. His focus will be on a writers breakthrough! What does that look like and better yet what does it mean? It should be fun and inspiring.

It's not too late to join us. You can still register for the conference or simply register for the day. The workshops are endless, the networking opportunities will be memorable and all that is missing is you!

Queen City Writers Conference begins Thursday, October 16th at 9am.
Posted by Unknown at 10:13 AM

Who Are the Publishers for the 2014 Queen City Writers Conference?

Do you have questions about Publishing? With so many changes in the Publishing industry these days, how does one choose? Is it easier to Self publish or to try work with a Traditional one? These answers and more will be addressed at the conference, October 16th - 18 at the Hilton Executive Park. Registrations are still going on. 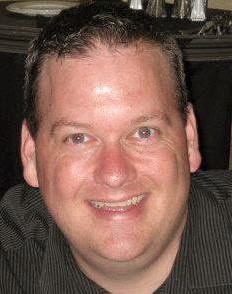 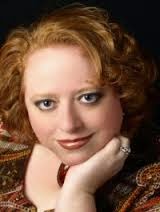 We are asking for your support. October is Breast Cancer Awareness Month. We are supporting the cause. Will you join us? Proceeds will benefit local families that need immediate assistance. 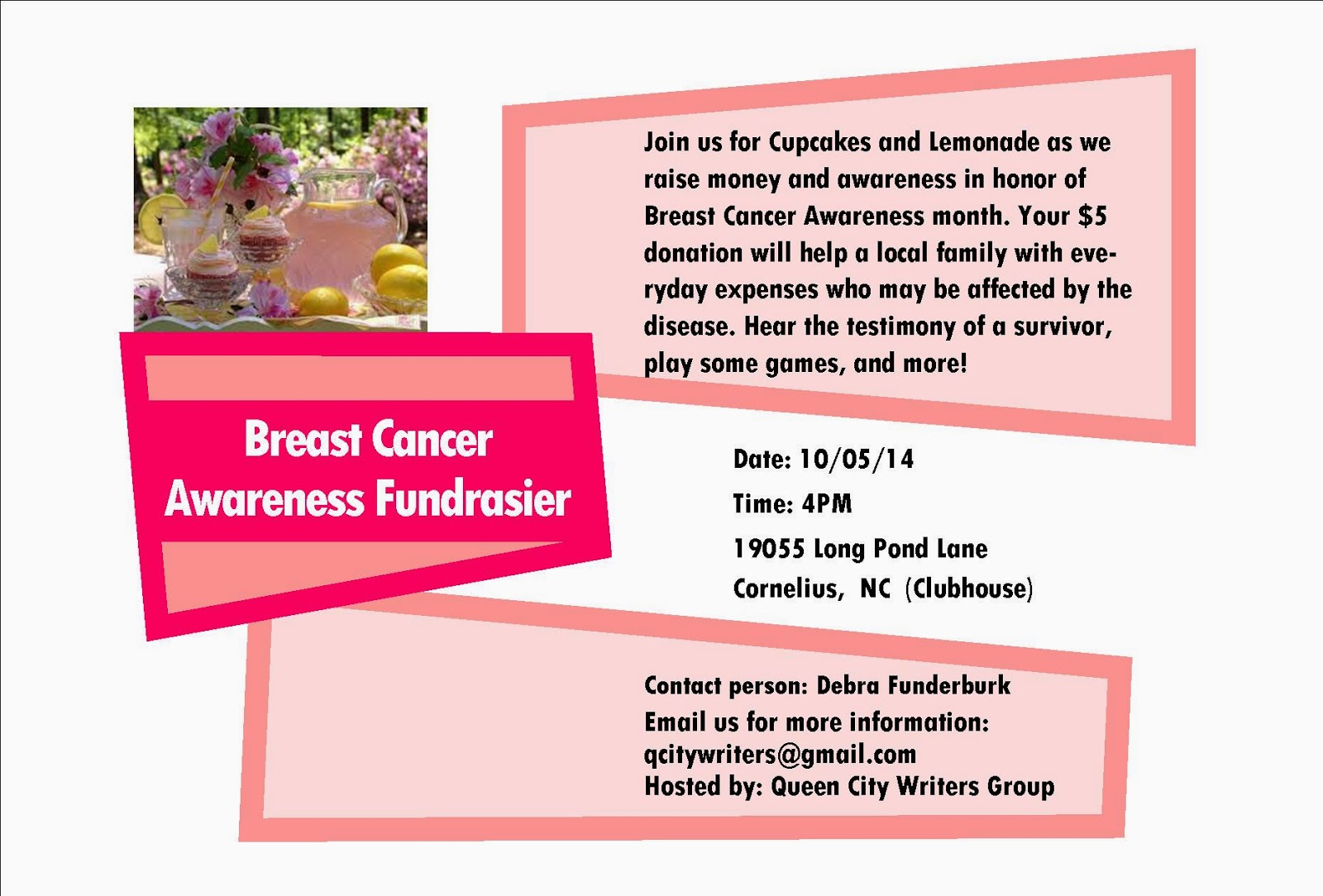 Who Are the Keynote Speakers for the 2014 Queen City Writers Conference?

With the conference fast approaching and the early bird registration coming to a fast close, I thought I would give you a glimpse of the great Keynotes for this years conference.

Robert Inman- Author
Robert Inman’s latest novel, The Governor’s Lady, was published in September, 2013. Drawing on his a career as a journalist and creative writer, Inman has crafted the story of Cooper Lanier, a determined woman fighting to establish her independence in the tumultuous world of male-dominated politics.

The Governor’s Lady is Inman’s fifth novel, following Home Fires Burning , Old Dogs and Children, Dairy Queen Days, and Captain Saturday, all published originally by Little, Brown and Company, and now available in popular
e-book formats.  He is also the author of a collection of non-fiction work, Coming Home: Life, Love and All Things Southern, and an illustrated family holiday book, The Christmas Bus.

Inman has written screenplays for six motion pictures for television, two of which have been “Hallmark Hall of Fame” presentations.  His script for The Summer of Ben Tyler, a Hallmark production, won the Writers’ Guild of America Award as the best original television screenplay of 1997.  His other Hallmark feature was Home Fires Burning, a 1989 adaptation of his novel.

Cathy Pickens - Author
Cathy is a frequent convention speaker on topics ranging from writing mysteries to classic true crime stories to the use of poisons. She is the Wireman Professor of Business at Queens University of Charlotte, where she teaches MBA courses in law and workshops on developing the creative process.

She has served as president of Sisters in Crime (a 3000-member group of readers and writers), on the national board for Mystery Writers of America (the oldest mystery writers organization), and is currently president of the regional Forensic Medicine Program. 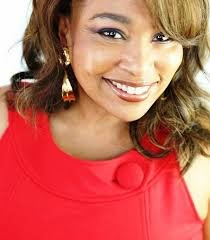 Syndicated Talk Show Host – Francene Marie
Francene Marie Morris is heard on 7-CBS Radio Stations in the Southeast Region. Francene began her radio career on Kiss 95.1 in Charlotte, North Carolina 20+years ago raising awareness to worthy causes and topics important to you and your families. From interviewing White house Politicians to local officials and non-profits, there’s no topic off-limits for her show.  She’s an author, food blogger and voice artist. Founder of My Media Tutor - a training portal for media interview prep and facilitates public speaking boot-camps. Co-founder of “Favorite Things For A Cause”and mom of 2 adult people she admires.


The author of two works of art: GOING PUBLIC – The Cheat Sheets In Promoting Yourself to Media.  Another gem is: Must Be Present to Win – The Tireless Spirit of Optimism. Francene’s voice is heard on an audio series of guided Meditation CD’s and her award winning radio career has led to one on one interview’s with Vice President Joe Biden, Madeleine Albright, Valerie Jarrett, and renowned poet Dr. Maya Angelou.

Haven't signed up for the conference yet? What are you waiting for? You don't want to miss these Keynotes or any of the other speakers.

The early bird registration ends Monday, September 15th and the rate increases to $199.00.

We are writers supporting writers and what better way to take your writing to the next level than by attending this years conference?

Join us! We look forward to meeting you there!

Late Summer always brings thoughts of a new school year about to begin, and for my friend Delbert Earle, that always brings thoughts of Miz Pirtley.  She was his senior English teacher, and Miz Pirtley’s favorite saying was, “Delbert Earle, if you ever stop acting the fool, you might amount to something.”
Delbert Earle thought he was quite the dude in the Fall of his Senior year.  He was playing halfback on the football team, going steady with a girl so cute she made him blush every time he thought of her, and headed toward graduation.  Well, hoping he was headed toward graduation.
Delbert Earle was the class cut-up, always the center of attention, and something of a practical jokester.  Whenever Miz Pirtley found something in her desk drawer that wasn’t supposed to be there, she knew exactly where it came from.  She found a good many strange things in her desk drawer that Fall, many of them alive and wiggling.
One afternoon, a warm and lazy Indian Summer day begging to be enjoyed, Delbert Earle was standing on top of a desk in study hall, leaning out the window, talking to his girl.  Miz Pirtley passed by in the hall, saw Delbert Earle, and moved faster than anybody had ever seen Miz Pirtley move before.  She grabbed him by the ankles, gave a mighty shove, and threw Delbert Earle clean out the window into a nandina bush.
Then Miz Pirtley got up on the desk and looked out the window at Delbert Earle.
“What did you go and do that for?” he asked, his pride more damaged than his body.  (The worst part was that his girlfriend laughed.  Loudly.)
“Delbert Earle,” Miz Pirtley said sweetly, “I was just acting the fool, and it was too good an opportunity to pass up.”
Delbert Earle turned out all right.  He’s got a good job and a nice family now, pays his taxes, never misses voting in an election, and speaks pretty good English.  He’s acted the fool a few times in his life, as we all have.  But a few times he’s started to and didn’t, and the reason he didn’t was that he thought of Miz Pirtley.
One of these days soon, as Summer becomes Fall, Delbert Earle plans to go by the school and thank Miz Pirtley.  But he plans to stay clear of the windows.

Robert Inman has written screenplays for six motion pictures for television, two of which have been “Hallmark Hall of Fame” presentations. His script for The Summer of Ben Tyler, a Hallmark production, won the Writers’ Guild of America Award as the best original television screenplay of 1997. His other Hallmark feature wasHome Fires Burning, a 1989 adaptation of his novel. He is also a Keynote Speaker at the Queen City Writers Conference, October 18, 2014, Charlotte, NC.
Posted by Unknown at 9:30 AM